THE SOUL OF THE STREETS

Francisco Sancha (Málaga, 1874-Oviedo, 1936) was one of the most popular Spanish cartoonists during the first three decades of the twentieth century and one of the best represented in the Museo ABC funds, with a total of 902 works.

This publication of Felipe Hernández Cava, is illustrated by 300 works done by the artist (Colección ABC, MNCARS, National Library, among others) and by documentation of his French and English stages. It is the first monograph dedicated to one of the lynchpins of the Blanco y Negro magazine in our country who. The never strident leader of a critical realism —along Daumier, Doré or Goya’s lines— that ended with the Civil War, recovers, thanks to this anthology, its proper place. 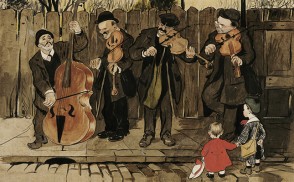 THE SOUL OF THE STREETS